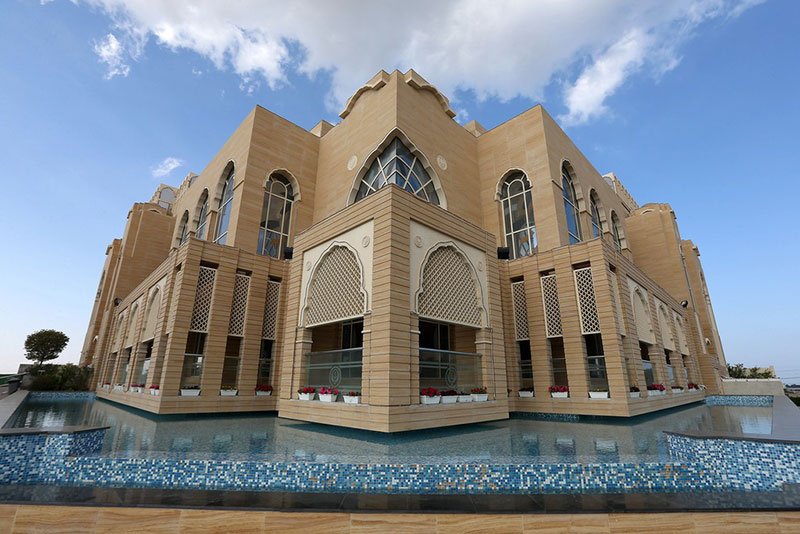 Dubai, January 29, 2012
The UAE’s first official gurdwara, Guru Nanak Darbar, has opened  in Jebel Ali area here, ending years of demand from the Sikh  community for a place of worship. The gurdwara is believed to be  the first of its kind in the entire region.  Spread over an area of 25,000 sq ft near the Jebel Ali Hospital,  the gurdwara has a dedicated floor for langar and a big hall for  kirtan. Arrangements can be made for langar for about 5,000  people at a time, those associated with the project said. There are  an estimated 50,000 Sikhs in the UAE, hailing from both India  and Pakistan.  The man behind the project, local businessman Surinder Singh Kandhari, thanked the local leadership for their  support to the project.  “We are thankful to His Highness Shaikh Mohammed bin Rashid Al Maktoum, [Vice-President and Prime  Minister of the UAE and Ruler of Dubai], with whose permission this has materialised. He also gave away free  land for the gurdwara,” he said.
“This was a long-standing demand of the community and I am pleased I have done something for the  community,” said Kandhari.  Dubai-based architect firm Holford Associates designed the gurdwara. “We also had the support of Richard  Adams from the UK who was involved with the Shri Guru Singh Sabha Gurdwara on Havelock Road in Southall,  London,” Kandhari said.  There is a 54-metre water body, inspired by the sarovar at the Golden Temple and a cascade. The main prayer  hall, on the top player with Palki Sahib, has a 7.2 metre high ceiling and 18-metre diameter dome roof. The  function hall can accommodate up to 900 people. The total cost of the project is estimated to be approximately  $20 million. — PTI